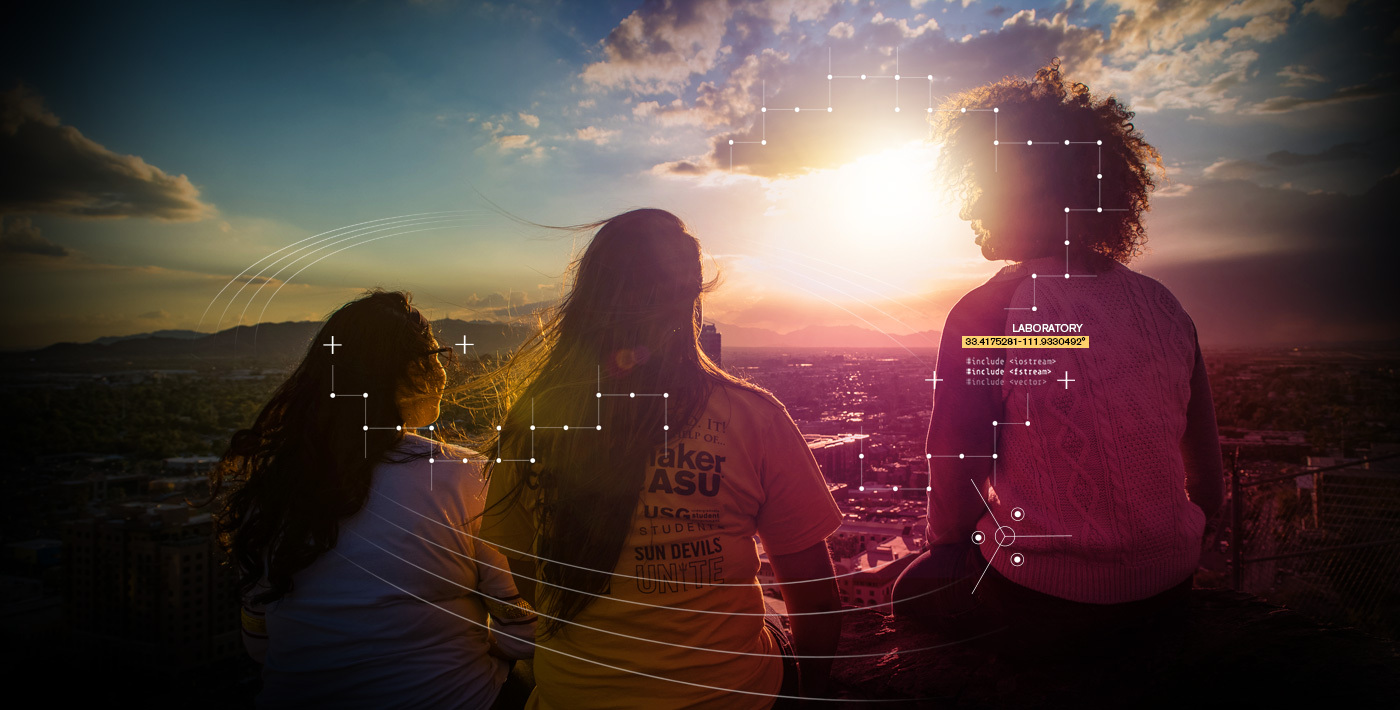 This year, we launched a partnership with Blue Origin and Sierra Space to build Orbital Reef, a low-Earth orbit space station set to launch by the end of this decade. The student lifeguards in our Interplanetary Laboratory ran several projects from developing a sensor for the NASA mission ExoCam to CubeSat testing a novel laser communications method for the DORA mission. Our Technological Leadership program graduated its first two students. We also announced funding for eight new and returning pilot projects.

Despite the challenges of this year, the Interplanetary Initiative team has forged forward. In the middle of COVID, we assembled a fantastic Advisory Board and in the spring, Jessica Rousset joined us as deputy director, and Katherine McConachie joined us as director of learning. Part of our work has been an in-depth strategy, vision, and mission process. We announced the launch of OpenCitizen, our team-based problem-solving program for learners anywhere in the world, and we announced a new partnership with XPRIZE. We are ramping up our efforts to create networks of collaboration that drive a positive, inclusive, sustainable space exploration and habitation future. Onward, and so glad to be on this voyage together

Our years of innovation in how to teach teamwork and problem-solving in online formats became urgently relevant with the onset of the COVID-19 pandemic, and we immediately leveraged it for use in classes that had to move into virtual format with only one week’s notice. We created a new, interdisciplinary team-building research process, built and opened an innovative three-year, workforce facing Bachelor of Science in Technological Leadership, and seed-funded around twenty interdisciplinary projects. Our space hardware build-and-test lab opened, dedicated to projects with outside partners. We invite everyone to join our experiments to build positive space futures.

This year we launched and funded about a dozen research pilot projects to test our concept and process of asking Big Questions to drive knowledge forward via interdisciplinary teams. We held our first annual Interplanetary Initiative convening uniting great minds to create our future in space. We are more excited than ever about the Interplanetary Initiative and welcome everyone to join us on this journey as we grow and evolve our mission of advancing society through exploration.

Jessica Rousset is the Deputy Director of the Interplanetary Initiative, leading its strategy, collaborations and operations. Jessica is a mission-driven operational, business development and commercialization leader focused on growing early-stage technology companies, creating innovation engines in large organizations and bridging academic, government and corporate interests toward the common goal of improving people’s lives. She led a publicly-traded drug delivery company as its COO and served as the head of innovation at Children’s Hospital Los Angeles, where over a 10-year period, she founded its Center for Innovation, helped launch medtech and biotech companies improving children’s lives and established an FDA-funded national pediatric technology accelerator

Lindy Elkins-Tanton is a Foundation and Regents Professor in the School of Earth and Space Exploration. She is also the vice president of the ASU Interplanetary Initiative, and  the Principal Investigator (PI) of the Psyche mission, selected in 2017 as the 14th in NASA’s Discovery program.

Her research includes theory, observation, and experiments concerning terrestrial planetary formation, magma oceans, and subsequent planetary evolution including magmatism and interactions between rocky planets and their atmospheres. She also promotes and participates in education initiatives, in particular, inquiry and exploration teaching methodologies, and leadership and team-building for scientists and engineers.

She has led four field expeditions in Siberia, as well as participated in fieldwork in the Sierra Nevada, the Cascades, Iceland, and the Faroe Islands.

Professor Elkins-Tanton received her bachelor’s and master’s degrees from MIT in 1987, and then spent eight years working in business, with five years spent writing business plans for young high-tech ventures. She then returned to MIT for a doctorate. She spent five years as a researcher at Brown University, followed by five years on MIT faculty, before accepting the directorship of the Department of Terrestrial Magnetism at the Carnegie Institution for Science. In 2014, she moved to the directorship at Arizona State University.

She serves on the Standing Review Board for the Europa mission, and served on the Mars panel of the Planetary Decadal Survey and on the Mars 2020 Rover Science Definition Team.

Professor Elkins-Tanton is a two-time National Academy of Sciences Kavli Frontiers of Science Fellow and served on the National Academy of Sciences Decadal Survey Mars panel. In 2008 she was awarded a five-year National Science Foundation CAREER award, and in 2009 was named Outstanding MIT Faculty Undergraduate Research Mentor. In 2010 she was awarded the Explorers Club Lowell Thomas prize. The second edition of her six-book series “The Solar System,” a reference series for libraries, was published in 2010; the book “Earth,” co-authored with Jeffrey Cohen, was published in 2017; and Harper Collins published her memoir, “A Portrait of the Scientist as a Young Woman” in 2022. Asteroid (8252) Elkins-Tanton was named for her.